Hokusai Audio Editor is a multitrack audio editor app for iPhone and iPad. It helps to record or import a track and also many special effects are available. Hokusai gives you a clear view of tracks and clean audio. Several top-notch tools are available for your convenience. It offers you the complete freedom to edit the music by the way you want.It requires iOS 9.0 or later version and it is compatible with iPhone and iPad. It generally supports the English language.

GarageBand has many collections of touch instruments that tunes your device and a full-featured recording studio. So that you can create music anywhere and anytime. It has a more attractive feature that is you can able to work this app as a musical instrument and capture any sounds by tap record option. You can Record,  Arrange, mix your audios up to 32 tracks.

It supports iOS 11.4 or later version and it is compatible with iPhone and iPad touch. It supports many languages like English, Arabic, Chinese, French, Hindi, Russian, Spanish etc… 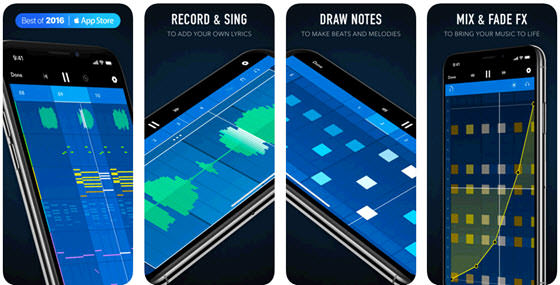 Hindenburg Field Recorder is made up of radio production in mind and it works equally good for anyone who conducting interviews for research or podcasts. It has a feature needed for creating an interview through the radio. We can able to insert, break, cut, copy, paste, move, trim and change volume.

It requires iOS 11.0 or later version and it is compatible with iPhone and iPad. It supports many languages like English, Danish, Dutch, French, German, Italian, Spanish.

Medly is the very good music editor app and it has many features that are very easy to use. It has a very big library over 700 editable note loops. Here, you may have 16 free instruments, and also you can unlock another 142 instruments by in-app purchase. It has filters and effects to build your own music. 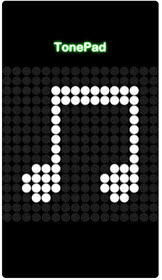 TonePad is the coolest way to create a music. It helps to discover the musician inside you. Creating a new song is very much easier in it. It has the good sound quality when no of notes are playing at that time and you can able to store many songs that it has no limit. Using a headphone is a better idea to get a clear sound. To create an awesome music TonePad is the better choice because it has multiple customization options.

It requires iOS 8.0 or later version and it is compatible with iPhone and iPad. It supports only the English language.

Audio Editor Tool is a top-notch music and audio editor. By using this audio editor tool you can edit, record voice, music, and other recordings based on audio. Here, there is a cut, copy, paste tools to edit your audio files. You can edit both the left and right channel at the same time and also edit it separately. Use audio effects to get your music quality.

It supports iOS 9.3 or later version and it is compatible with iPhone and iPad touch. It has many languages like English, French, German, Italian, Japanese, Korean, Portuguese, Russian, Spanish.

As you all know, many of the users are using SD cards for their storage purpose. Basically, iPhone…
byArun Vasudev N
Read More

With every new iPhone version, there may be something that doesn’t work right with iOS 15. Quite…
byArun Vasudev N
Read More

When our iPhone is lost or stolen by someone, the first question that comes to our mind is,…
byArun Vasudev N
Read More

Though we have million songs in our iPhone and iPod, sometimes we feel bored to listen to all…
byArun Vasudev N