Every Apple product comes with new innovation with it, even with lots of issues. One of the newest launches from Apple is Homepod. This not only can replace your speakers but also your alarm clock too. Yes, with the help of Siri you can set the alarm in the home pod, even with a Home app on your device. Let’s see how to wake up early by using this new innovation. 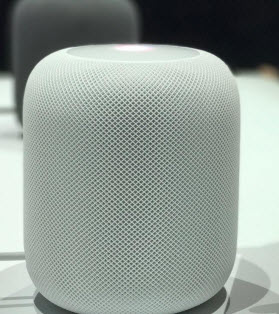 So simple with Siri

Just set the alarm by telling the time to Siri. Also, there you have 2 options such as a one-time alarm or repeated alarm. Even you can label your alarms in order to remind Siri at every time.

Hey Siri, set the alarm for 6 am every Friday.

If there is any change in the schedule you can alter it with Siri easily. Also, you can know your alarm by asking Siri.

For changing the alarm just say,

To know your alarm,

Hey Siri, what alarm do I have on today?

In the Home app, you can witness all the alarms generated via Siri.

On the main screen, do a long press on the Home app icon.

Click on ‘Alarms’ and press ‘+’ button to add a new alarm.

Now you can add the time and other info like the one-time alarm or repeated alarm, and other things too.

To alter anything press on the ‘edit’ button.

Also, to remove the alarm click on ‘red’ button. Just turn off the toggle straight to alarm.

Note: Even to stop the alarm from the Homepod just tap on the top of it or give a command to turn it off.