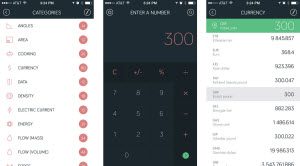 Amount app is used as a currency converter which supports 160 different types of currencies.
Apart from converting money this app is also used to convert area, density, electric current and many others. Hence this is mentioned as all in one app to get real time conversions through just one tap on a single screen.
2. Banca ($2.99) 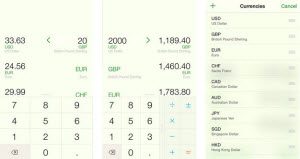 It is one of the best currency converter app for iPhone and iPad which is preferred to use in offline mode and provide location support.
The app supports every currency in the world. It automatically detects location based currency and uses it as base rate. It sometimes functions as a basic calculator.
This site contains a list of full supported currencies.
When there is no Internet access, banca converter automatically switches to offline mode and uses most recent rates for conversion.
SEE ALSO : 15 Best iPhone Apps for Business Users, Travelers
3. My Currency converter (free) 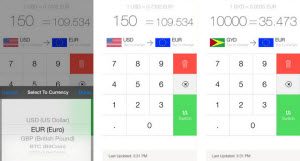 My Currency is the free currency app for iOS devices and is compatible with iPhone6, iPhone6 plus, iOS7 and later iOS. The converter supports over 160 currencies including crypto currencies. Tap to set home currency and select the target currency.
The key feature is switch button to invert the currencies.
4. (Currently not available) 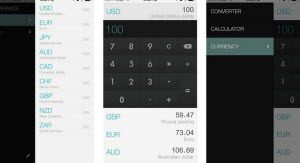 The rates app is currency converter and regular unit converter bundled in one. It’s ease of use and available free in App store.
Rates supports over 150 countries. Simply swipe side to side to access menus, add and remove currencies and more. Features of rates are we work with this app in offline mode.
5.  Currency ($0.99) 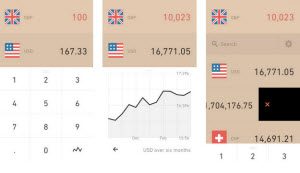 The currency app has support for 160+ countries. The app can work with simple gesture interface and works in offline mode without internet access.
A simple app which provides historical information on conversion rates.
6.  XE currency (free) 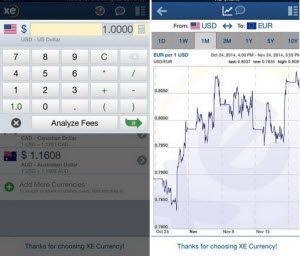