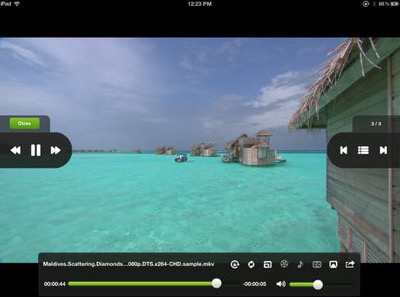 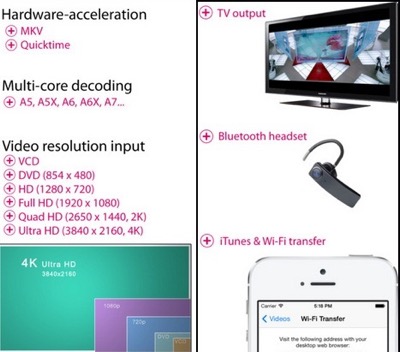 HD player is a video player that plays even 4k videos in iPhone and iPad that looks like desktop classic. The features include playing videos from HD to ultra HD (4k) video ,iTunes and WiFi sharing and 3D video playback. This app also supports TV output, Bluetooth headset, compatible with 3D glass, iOS 7 and later versions of iPhone, iPod touch and iPad. We have to spend some $1.99IAP to get audio codec support.
3. VM Player (free) 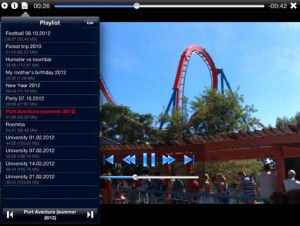 VM player is video player app that arrange video in thumbnail or slideshow to play it and can support AVI, MKV, MOV, MP4, FLV, MPG, WMV, ASF and many other formats. The player can play base to apex video and audio codec’s and allows us to download and open files from networks like SMB or FTP. It can be synchronized with TV Output, remote control, iTunes file sharing sync option. This app is compatible with Apple’s iOS 8 and later versions.
4. Flex Player (free) 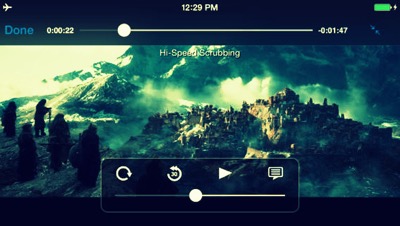 Flex player is for free but we have to spend $7.99 to use technically essential supports can be accessed only when we purchase it. This app is called universal app to watch HD video with the 15+ language support. This app supports almost all kinds of file formats.
5. 8player Lite (free) 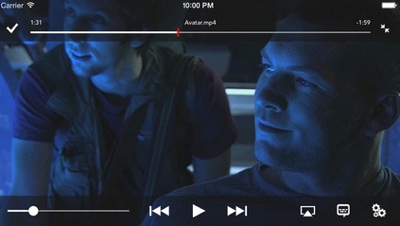 8player lite app is a video player app that is compatible with iPhone 6, iPhone 6 plus, iPad air, iPad mini and iPod touch. This app is considered one of the best among its kind since it can play multifunctional for all multimedia files like video, music and images. The product is available in app store. We can also have a paid version of the app for $5.99.

Creation 5+ media player app with a stylish menu with immense graphics. It also has a in-built radio to hear our favorite radio stations along with hearing songs and watching videos from iPad. We can even add photos along with the songs with special option to add iPad photos to songs.
7. AVplayer HD ($2.99)

AVplayer is a paid video player app specially designed for the iPad. The app is ranked high among its kind. It also supports most popular formats like MKV, AVI, XVID and also AC3. We can also use subtitle feature and simple drag drop is enough to copy a file.
8. MCPlayer HD ($3.99)

MCPlayer is otherwise known as Media center video player designed to play audio, video files for iOS devices iPad. The app supports Dolby digital plus to give good sound quality and customized outputs. We can create our playlist to which on our choice. This app is designed to support iOS 6.0 or later versions and has 13 languages like english, dutch, Portuguese, Swedish etc.
9. CineXPlayer HD ($3.99)

CineXPlayer HD is a paid video player app in the Apple store that supports error free AC3 format. The special feature of the app converts even SD video to HD video. Some features like direct download of the app from web is allowed and has lot more.
10. ArkMC ($4.99)

ArkMC is a paid video streamer and player for iPad. This app is for wireless and seamless UpnP/DLNA sharing in a good powerful manner. The Ark Media Player supports wide range of file formats that are necessary for such app.

I'm surprise there's no mention of the best of the best iPad video player: Infuse by firecore –> http://firecore.com/infuse