History apps are nowadays considered by many for research purpose as well as for the purpose knowing the origin. There are few history apps but fortunately they are qualitative than quantitative. History app gives us images, videos and audios of Historical places or objects. Some of the best history app that can be used along with iOS devices are considered in this discussion. 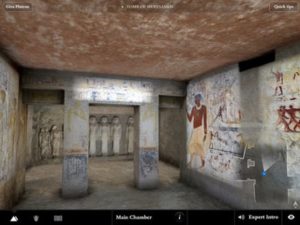 Pyramids 3D is a history app that takes us to a 3D view of Egyptian pyramids and tombs. To the fans of Egyptian history the app supports with the interactive 3D tour that also gives audio introduction of the places. We can explore world famous Giza plateau,great pyramids and Sphinx, numerous tombs. The app covers 1.4GB memory space to store which allows us to move between chambers, learn additional information about objects by tilting rotating virtual objects and it also has a a history of Egypt. 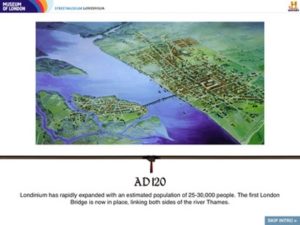 Street museum Londinium is one among the History app available for iPhone and iPad to tour around and find its Roman origin. The app has an interactive map with the details of London’s old city walls that are laid on the recent city. There are slides with the timeline that give introduction. We have purple and red coloured pins to navigate the museum of London and explore places with videos clips, sounds and photos taken from History channel. 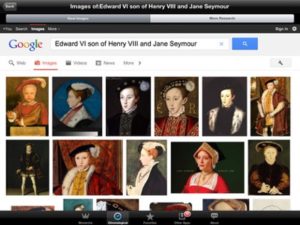 The British Monarchy is an app about kings and queens of England and Scotland. The app has information of kings and queens from 8th century who reigned the Monarchy of England and Scotland. We can  select a monarch to favourite list view biography about them received from Wikipedia and even add our own notes. Use Google search available within the app or the thumbnail to select. It only act as a handy reference guide with political biographies and does not cover all that a Wikipedia has, which may be recovered in future.
SEE ALSO : Top 10 Astronomy Apps for iPhone and iPad

4. (Currently Not Available)
iPad app only 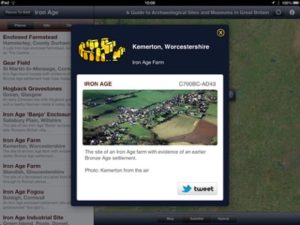 Armchair Archaeologist is a historical app that guides to the important Archaeological sites and museum situated in Britain. This app is developed by the inspiration of channel 4’s time team and can help locate the place before the visit using Google map. We have TV sites, monuments museums or eras from which we can select any. The era gives places of particular period tapping on it displays places of that era with timeline and information about them. Though the app gives only summary and not the detailed information but it can work without internet connection acting as a handy launching pad. 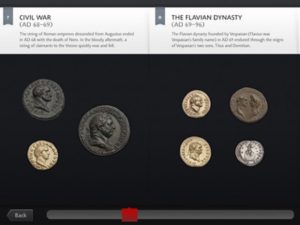 MFA coins is a free app that gives us an elaborate view of coins used in ancient times. Coins considered as the valuable resource to find history, with this app we have a good collection of coins from Boston’s Museum of Fine arts which is being visualized in this app. Two categories of hundreds of coins are seen namely Gracian, that has all pre- Roman civilization coins arranged geographically and Roman coins in chronological view. We can view photograph of both sides of the coin zooming them into fine details with its high resolution with the timeline that shows quick history of the coin displayed. There is also an information panel with details about the  historical key features of the photographs.

6. (Currently Not Available)
App only available for iPad 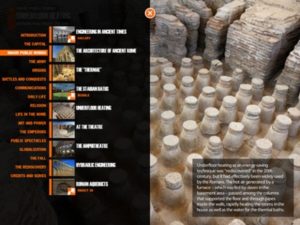 Virtual History Roma is an app that supports 3D view of Historical Rome. The app is known for its interactive magazine which has a tool like bubble viewer to interact and view the 3D images by moving around and tilting to see the changes around Rome. The sections of the app includes major public works, the army of globalization, fall of emperors that can be viewed with the appropriate buttons. Each page is self contained with images and content with interactive elements and also allow us to magnify the text. The app also covers Leonardo’s Last supper painting and Italian city of Florence along with History information of Rome. 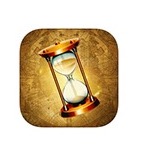 World History Dictionary app  is a free app for information about great battles. This app is rich with information more than 7500 historical terms including political reforms, wars, the ruled dynastics along with the glyph translated to translate our text. The app gives us information of an event that took place in  the past with its date and time.

History is a popular TV Channel and it has also introduced an app with version 2.4.0. We can watch clips, episodes that is telecasted on TV channels and even the new content recently added to the app. Personalised watch list can be maintained and exclusive clips are also available with this app which cannot be seen in TV channels too. iPhone users interested in Vikings, swamp people’s, Ancient aliens, pawn star, etc can utilize this app. 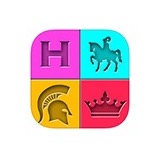 History quiz game is an app available for Free that conducts quiz based on historical major events, prominent personalities and culture. The app tests our historical knowledge about ancient Egypt, Greece, china, japan, Russia, Roman empire by giving multiple choice Quiz questionnaire. Only one answer among four options can be selected if we go with five consecutive errors we are not able to continue with the quiz. The winner of the quiz who gets 2000 points is awarded the title scandalous score Booster.

Encyclopedia of world knowledge is a free history app which gives historical information along with 330,000 articles, 24,000 images, over 770,000 audio pronunciations. The Historical information includes art, science, business, music, culture, animals, technology and other areas that are interesting taken from many reliable sources like Cambridge university, MacGraw-Hill, Harper-Collins. This app is apt best for students of language and history who always read history, with detailed articles in different topics.

BBC History Magazine is a free app from the same authors of BBC History Magazine for its frequent readers it would be a familiar one. We can download this app to any iOS device for historical information about famous personalities, events in international and British topics in the past. It includes topics related to ancient civilizations, fascinating articles, reviews, amazing images and more in the history.

The civil war Today is an app designed and developed by History with the information about civil war. It features daily civil war updates in the headlines with the photos, quotes, articles and video of the day on particular topic. The app has scenes of the background of war and some periodic maps of major battlefields and north south quiz that takes us to the period of civil war. The app also can be integrated with Twitter and send telegram through marse code technique.